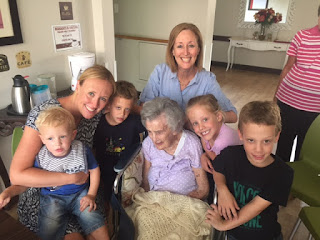 Sylvian Robertson, who is a resident at Rand Aid-run Ron Smith Care Centre, has just celebrated her 105th birthday!

She was born in Johannesburg on January 3, 1912 (the same year that the Titanic went down) and married her husband, John, at the Baptist Church in Troyeville.  They were married for 58 years.

She was mainly a stay-at-home mom and completely devoted to looking after their large family. She has three daughters and a son who all live in Johannesburg:  Sandra Carstens, Moira Clark, Joan Kilfoil and John Robertson; and a daughter, Patricia Stephens, who lives in Washington DC.  In addition, she has 17 grandchildren and 24 great grandchildren. Even now, her face lights up whenever her grandchildren and great grandchildren come to visit – her family always have been, and are still, her whole life and she is deeply grateful to have them around.

Sylvian was well-known in the Bedfordview community, as she assisted her two daughters, Sandra and Joan, with their ballet school. She was known as the ‘ballet gran’.  She also loved to entertain and was always cooking and baking up a storm on her Esse coal stove. Christmas Lunch for 60 people wasn’t a problem!

When she was 92 years old, Sylvian travelled to the United States unaccompanied.  She refused wheelchair assistance, so somehow ended up at the wrong gate, but being the independent and resourceful person she was, managed to board the right plane and reach her destination.

The management and staff of Ron Smith Care Centre extend their very best wishes to this remarkable lady.
Posted by OT Elphin Lodge at 13:51 No comments:

On December 20, RSCC residents were invited to gather in the beautifully decorated  Main Dining room for a lovely time of Carol singing led by staff wearing Santa hats.

This would be followed by a delicious Christmas Lunch with all the trimmings.  The residents came to life as they heard the first strains of familiar and well-loved Christmas carols such as Silent Night, Away in the Manger, the first Noel, the little Drummer Boy, Once in Royal David’s City, and Joy to the World, to name a few.

The carol session ended with the Christmas song, Felice Navidad, and as the staff sang the words:  “We want to wish you a Merry Christmas…….,” they scattered into the audience and presented each of the 160 residents with a chocolate Sweetie Pie, which they accepted with delight!  Then it was time to tuck into the salmon mousse,  roast lamb and gammon, veggies, and roast potatoes.

And after all that, there was still room for Christmas trifle, which everyone agreed, was a wonderful way to end off a lovely afternoon with good food and fellowship with one’s friends and neighbours.

Scroll down to see photos showing how much fun was had: 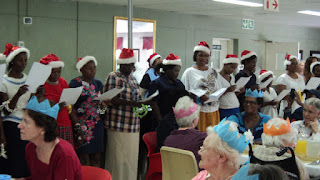 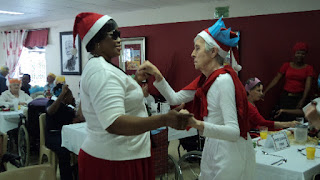 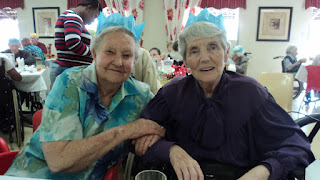 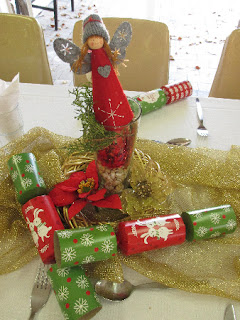 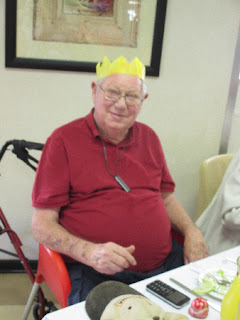 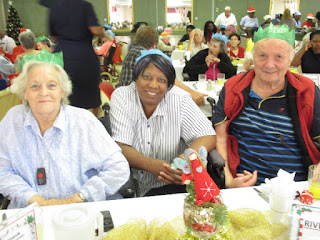 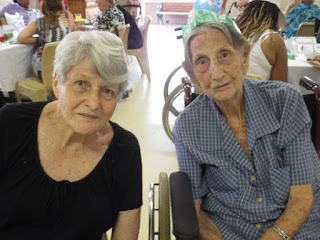 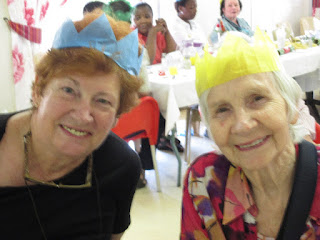 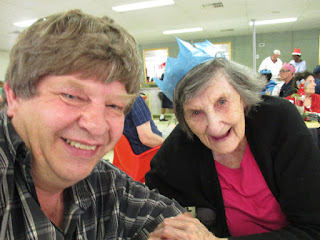 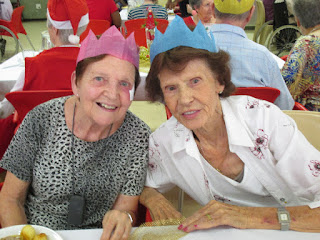 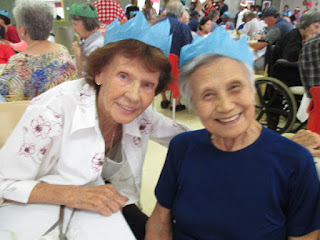 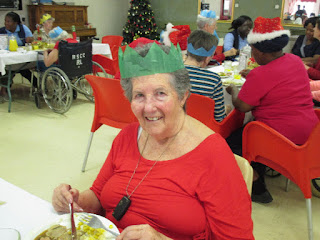 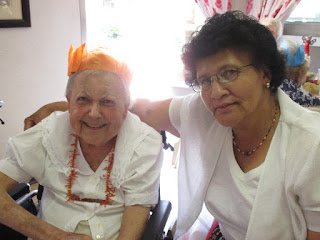 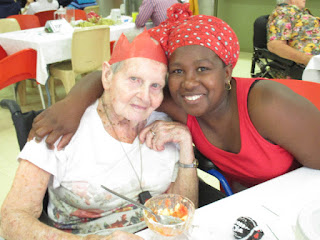 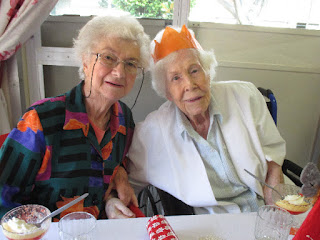 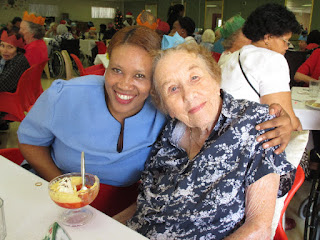 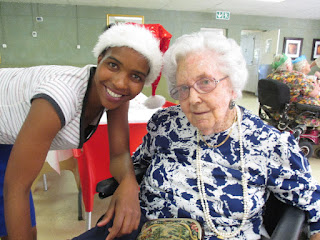 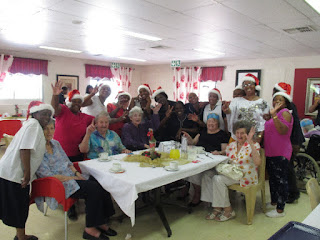 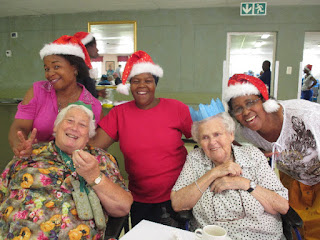 Posted by OT Elphin Lodge at 13:30 No comments:

On December 12, RSCC residents gathered excitedly in the Hall in anticipation of a Line dancing performance by a few of the Elphin Lodge line dancers, who meet weekly to learn and dance, with teacher Ann Haddow. 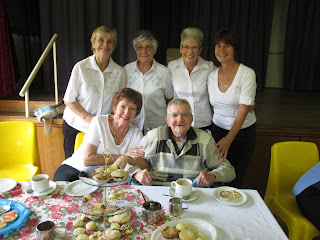 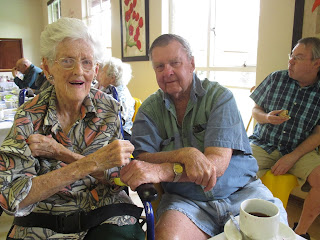 Resident, Wendy Morris with her husband Ralph, with resident Donald Reed in the background, enjoying one of several mince pies!

The dancers took us around the world with the dances they performed, with the Irish line dances being the most enthusiastically received.

Then it was on to the high tea, where the residents were served a delicious assortment of scones, shortbread and Christmas mince pies.

The residents thoroughly enjoyed the afternoon tea & performance and some said that the taste of shortbread and mince pies reminded them that it would soon be Christmas, bringing all the joyful memories of Christmases past and anticipation of Christmas to come.

Posted by OT Elphin Lodge at 12:56 No comments: