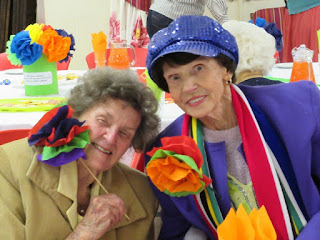 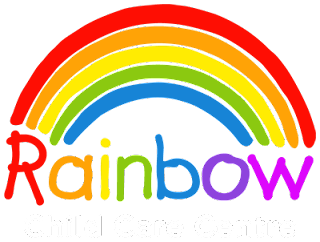 On Wednesday, July 26, the Rand Aid’s Ron Smith Care Centre was a hive of activity. In preparation for the rainbow-themed Happy Hour to be held later that evening, residents and staff baked delicious cake pops and glazed them in all seven colours of the rainbow.

Then the main dining room was magically transformed into a kaleidoscope of brilliant rainbow colours, as staff worked to decorate the venue with rainbow-coloured chains and beautiful crepe paper flowers that the residents and staff had learnt how to make in the previous weeks leading up to the event.

Residents were offered wine, sherry and fruit punch as well as variety of tasty snacks, but the hit of the evening was the brightly coloured and cheerful-looking cake pops-on-a-stick, which were very decorative as well as edible!

The winners of the most colourfully/best dressed female and male resident, as well as the best dressed staff member were announced. The awarding of prizes was followed by a Rainbow-themed Team Challenge which involved remembering the seven colours of the rainbow in the correct order. The first team to complete the activity, with the colours in the correct order, won the challenge.

When ordered to start, team members excitedly urged each other to “hurry up” and to “go quick-quick!” After a fierce contest and amidst much cheering, the 22-members of the Blue Team were declared the winners.

The Happy Hour finished off with the care centre’s tradition of dancing to lively, happy music. The residents and staff thoroughly enjoyed themselves. The evening was full of colour, fun, warmth and good cheer and was a bright spot on this winter’s day.

All the flower pots had little sayings about rainbows, two of which reminded us that:  “When you look at the world, it isn’t just one palette – it’s a beautiful rainbow” and to “Try and be a rainbow in someone else’s cloud.” 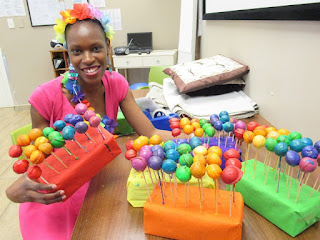 Pam Martins with rainbow-coloured cake pops made by care centre residents and staff. 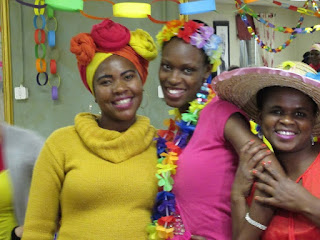 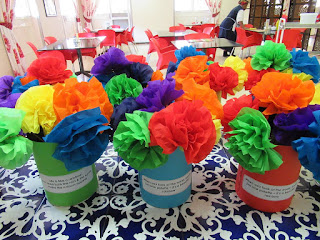 Rainbow-coloured flowers made by the care centre’s residents and staff. 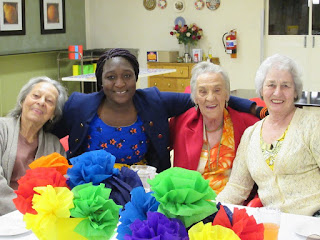 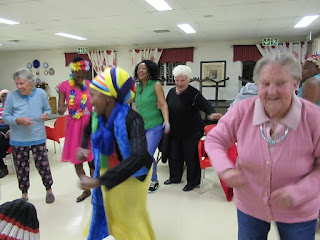 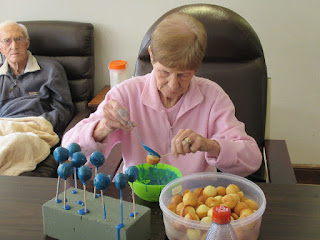 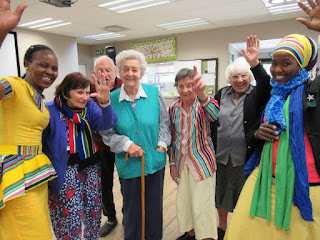 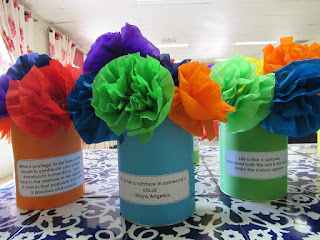 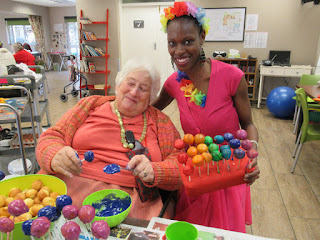 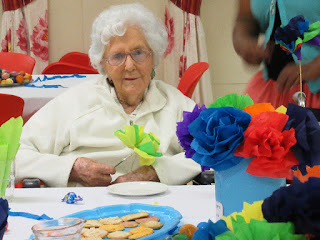 Maria Roberts looking pretty as a picture amongst the rainbow-coloured flowers. 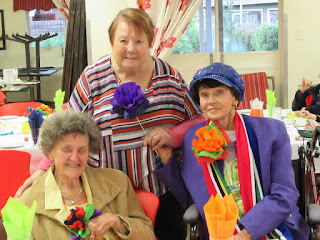 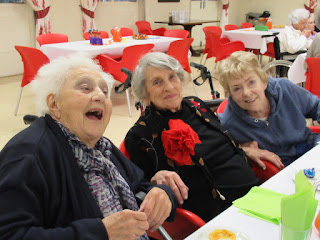 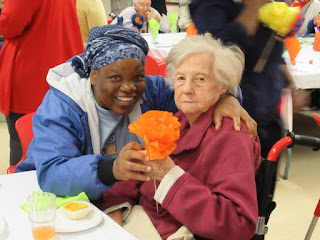 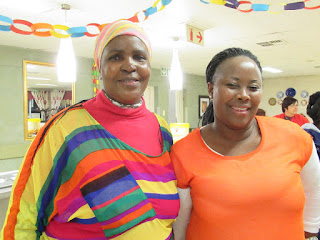 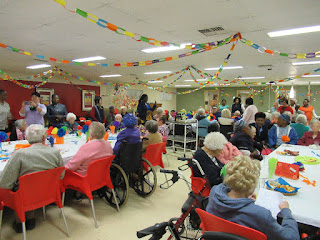 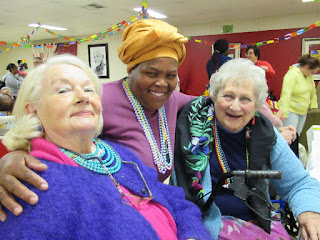 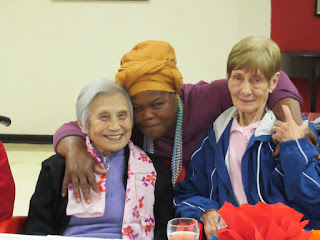 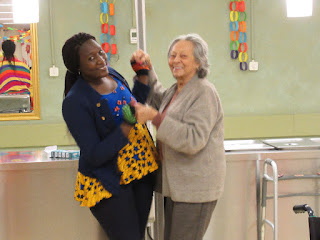 Rebecca Moilakgomo and Ellen Prinsloo enjoy a dance together. 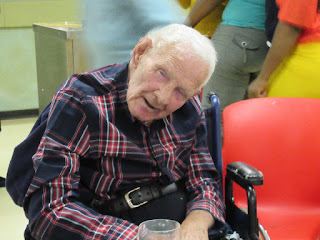 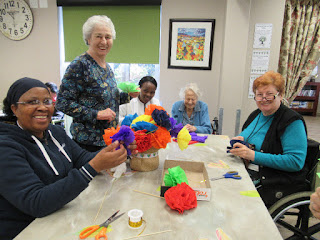 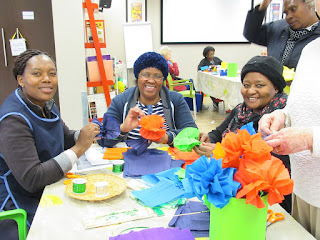