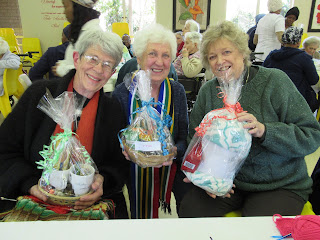 On July 18, Madiba’s birthday, residents from Rand Aid’s Elphin Lodge and Ron Smith Care Centre, staff and volunteers gathered together in the Hall to knit or crochet for 67 minutes.

The challenge was to knit or crochet a square in the allotted time and the people who completed the most squares would win the competition.  At a later stage, the completed squares, along with squares that had been knitted previously, would be sewn together to make blankets to donate to the national Mandela Day initiative.

The time clock was set, and at precisely 10am, complex manager Helen Petrie announced the start of the competition. Participants formed friendly circles around tables. Some chatted away happily, whilst others concentrated wholeheartedly on the task before them and knitted furiously! To sustain their energy, coffee, tea and snacks were offered around halfway through the proceedings. Time was called at 11:07am and the results checked.

The winners are as follows:


The Crochet/Knit-a-thon was a big success, not only in terms of the squares completed, but also in terms of the sense of purpose, fun and camaraderie that folks had with each other. It was a lovely morning and the carrot cake and scones with cream also went down well! 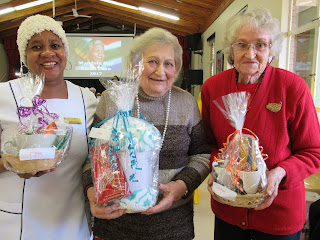 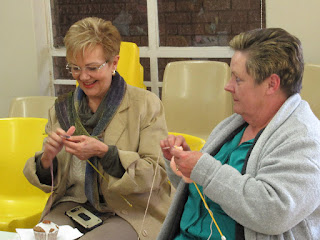 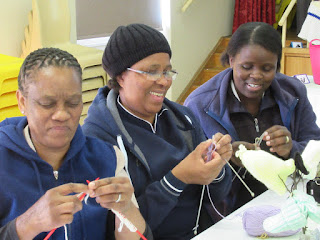 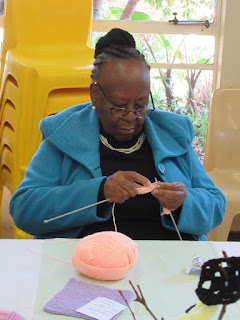 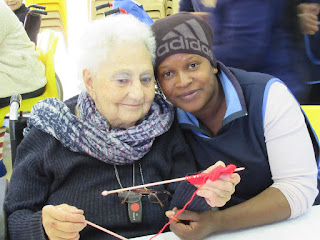 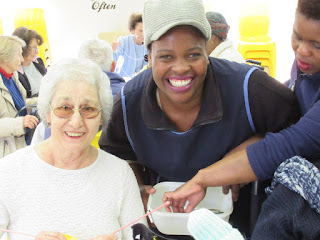 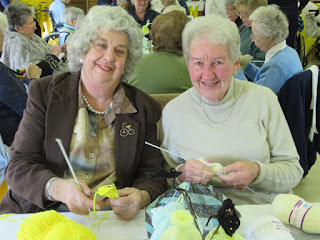 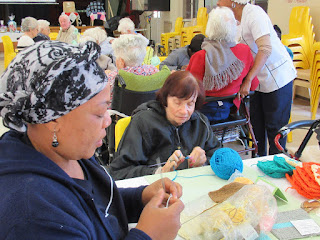 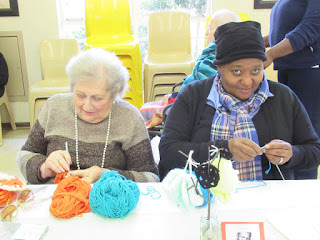 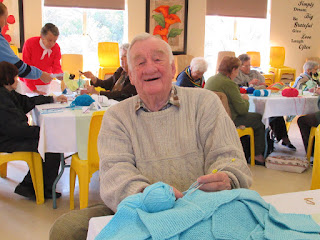 The only male knitter in our community, David Hughes (Elphin Lodge resident). hands over 65 knitted squares for the Mandela Day blanket initiative