There were ‘aahs’ of delight when a band of children aged between three and nine years put on a play for residents of Rand Aid’s Ron Smith Care Centre on September 14.

The children from the Arrows Homeschool Group also recited some poetry. The play they performed was called, ‘In the Garden’, which is based on the classic Russian folk tale, ‘The Enormous Turnip’. It is a progressive story in which a grandfather plants a turnip which grows so large that he cannot pull it up himself. He asks the grandmother for help but they still can’t pull it up. More people and animals are successively recruited to help (a little girl, a little boy, a dog, a cat and, finally, a mouse).

The humour and moral of the story is that only with the help of the mouse, (the smallest and weakest creature, could the giant turnip finally be pulled up.

The sweet little actors and actresses gave a wonderful performance which was enjoyed very much by all at the care centre. 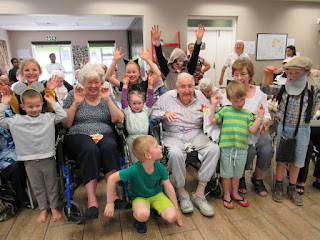 The cast of ‘The Enormous Turnip’, with residents from Rand Aid’s Ron Smith Care Centre. 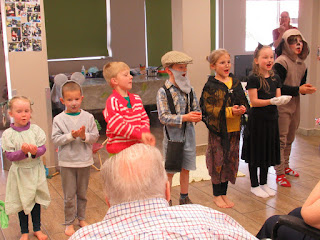 BELOW: How cute are these little ones? 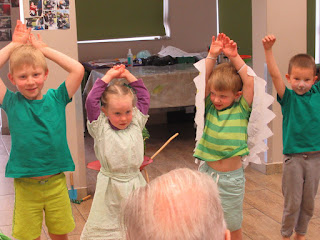 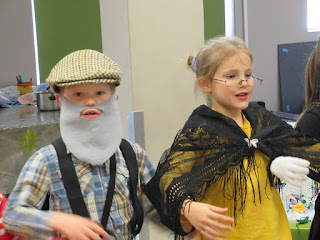 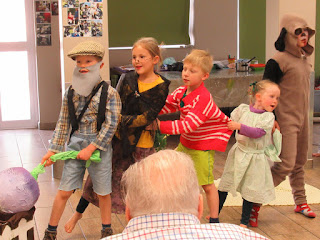 Posted by OT Elphin Lodge at 13:28 No comments: