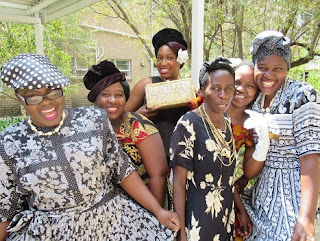 The residents and staff of Rand Aid’s Ron Smith Care Centre were treated to a wonderful Happy Hour event on March 27. The designated hosts of the evening were the staff and residents of River Lodge One, and they planned, plotted and prepared for the Happy Hour with the intention of celebrating the music, dance, food and culture of Sophiatown in the 50s.

Debbie Christen, Manager: Recreational Programmes explains: “The staff and residents of the whole care centre were invited to dress in the fashion of the 50s, so many of the ladies wore smart dresses, hats, gloves, handbags and jewellery, whilst some of the female staff dressed according to the male dress code of the era: shirts, ties, braces, and trousers, topped with a jaunty fedora on their head. Still others opted for a jacket and tie, topped with a tweed poor boy cap. Everyone showed a lot of creativity with their fashion and when prizes were presented to the best and most authentically dressed, the recipients were wildly applauded.”

When guests arrived in the main dining room, they were delighted with the decorations, most of which were made by staff and residents in the OT Activity Centre. Tins decorated with colourful African designs and cheerful paper sunflowers contained silhouettes of Sophiatown musicians, saxophones, trumpets and ladies dressed in their 50s finery. Old LP records were used to underline each place setting on the tables and colourful balloons added to the festive atmosphere.

Home-made ginger beer, vetkoek with cheese, chicken pies, boerewors slices and iced ginger cakes as well as wine and sherry were the delicious food and beverage offerings and were enjoyed by all. Once the snacks and drinks were served it was time for the entertainment.

Both the staff and residents of River Lodge One had spent many weeks making up and practising some special dances for everyone’s pleasure. As there was a whole type of culture that formed in Sophiatown which was based on pennywhistle music, kwela dancing, beer brewing and weekend dance parties, the staff danced to Miriam Makeba’s song, Pata Pata, then did the Kwela Jive to music by Hugh Masekela and Mafikizolo.

This was followed by the residents doing a lively Chair Dance to a piece of music by Mango Groove. The final staff dance was performed to Yvonne Chaka Chaka’s song, Umqombothi, in which they acted and danced out a story of the women of Sophiatown working hard to make and serve the special African Beer that their men folk demanded every weekend in the shebeens. This dance created much laughter as the audience recognized the authenticity of the performance – it was very real!

Zabeth Zühlsdorff, Rand Aid’s General Manager: Advanced Division commented: “What a delightful evening and I am so pleased I attended. It was clear that this was much more than an event. The care and thought that went into planning, preparing and practising was evident; also the enjoyment and anticipation it created – amongst both residents and staff.

“Congratulations and thanks to everyone who had a hand in this – the joy it brought to all who attended was evident.

“In between all the fun and laughter. I also witnessed tender loving care… and many other little incidences which spoke of the affection between residents and staff from all the wings… it is great to see how relationships have developed.” 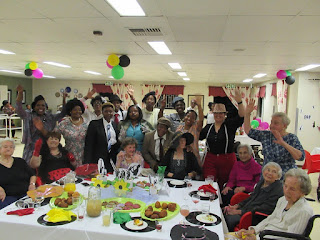 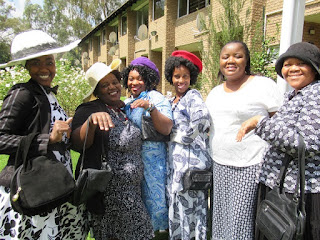 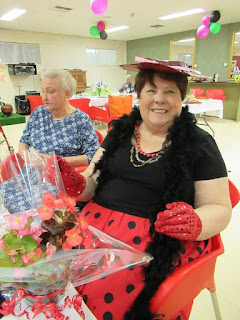 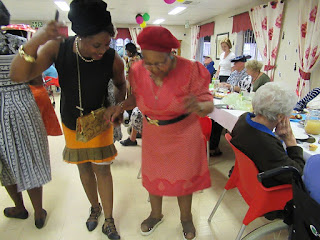 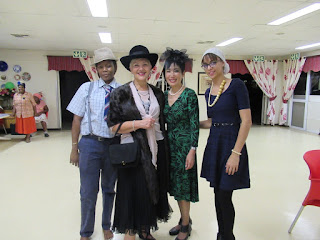 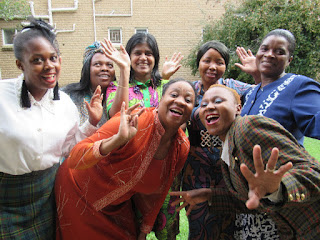 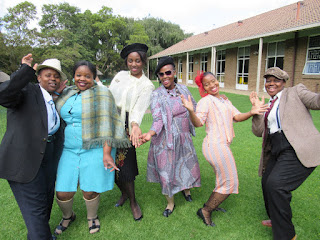 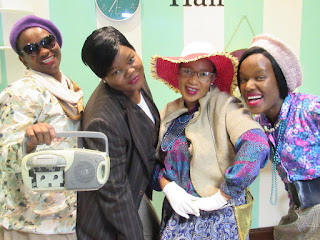 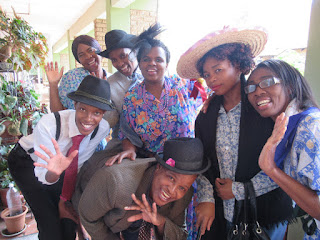 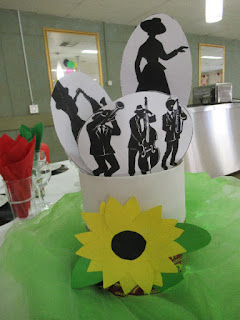 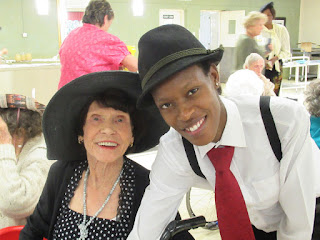 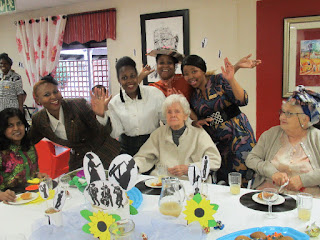 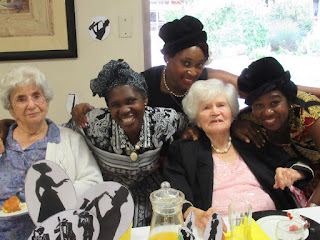 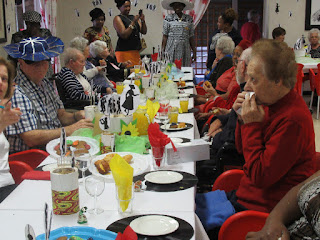 Colourful table adds to the cheer. 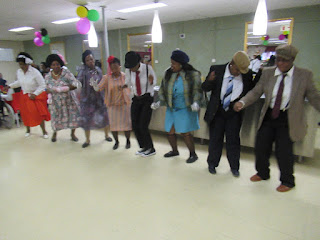 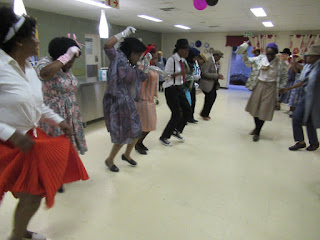 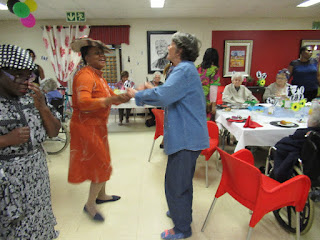 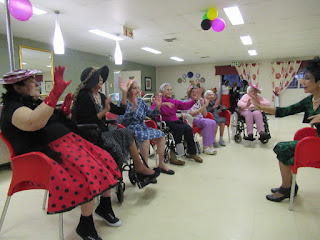 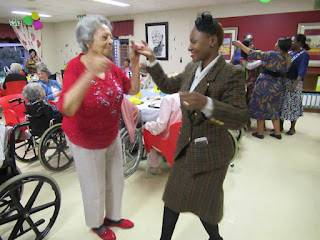 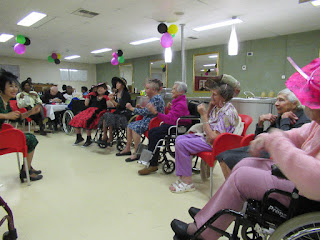 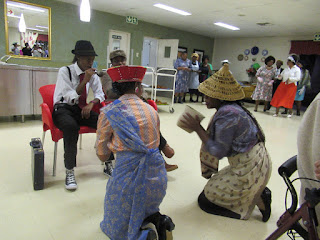 The women folk making the famous African Beer (Umqombothi) for the men. 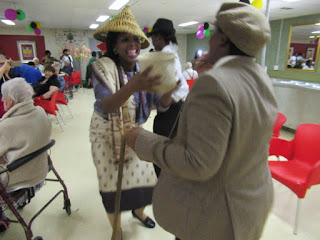 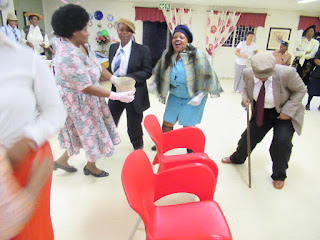 Getting into the spirit of things. 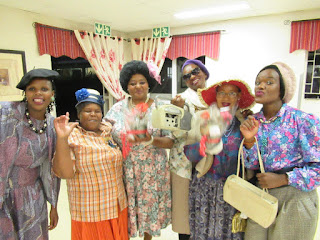 Posted by OT Elphin Lodge at 16:17 No comments: